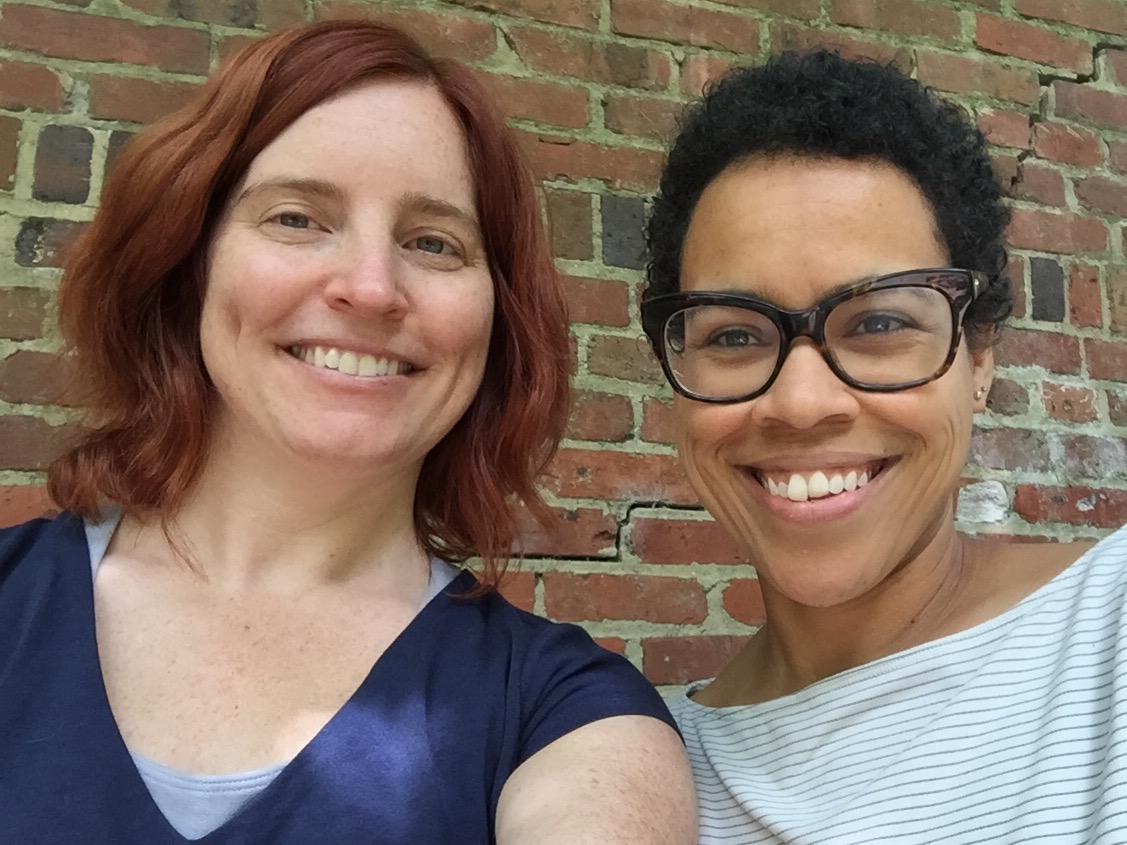 Listen to the full third episode!

We want to know, where do you hide your stash?  Please send us an email or leave a comment on our page!  We will read your secret hiding place aloud during future introductions!  Tara recently found 5 skeins of yarn in the glove compartment of her car.

What We are Working On

Ashley finished the Find Your Fade Shawl by Andrea Mowry!  It took a long time but was well worth it.

Ashley also finished the Kevin McCallister’s Moose Hat by VR Knits.  The hat was inspired by the movie, “Home Alone”.  She used Blue Sky Fibers Woolstok in the colorways Highland Sheep and Red Rocks.  Some modifications were made.  She shortened the colorwork pattern to fit her son’s head and she made a double sided brim. 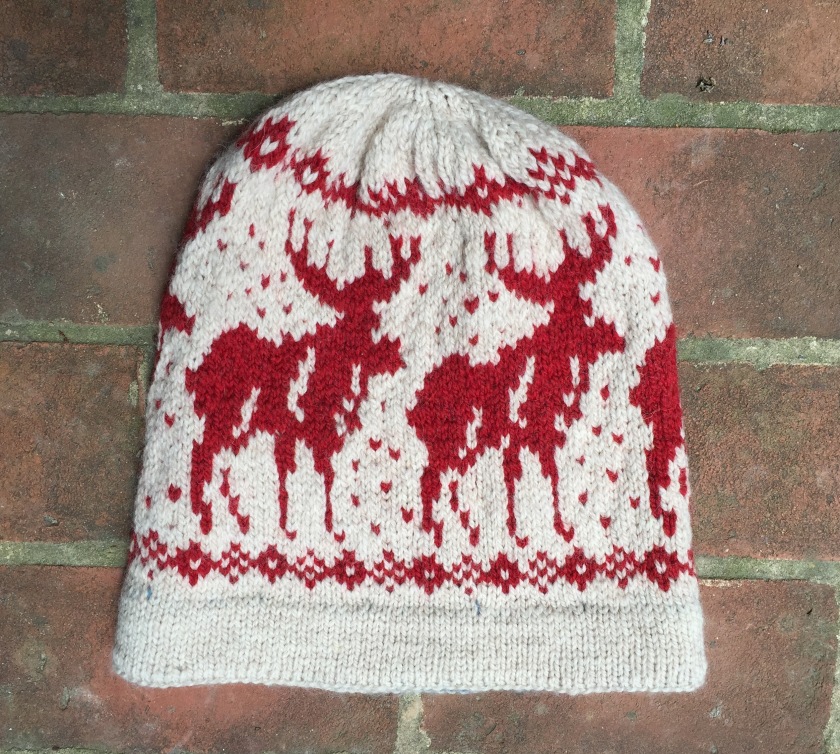 Tara completed some super-secret test knits.  Shhhh!  She is also working on the Starting Point Mystery Knit Along by Joji Locatelli.  She has enjoyed this knit so much that she would even do it all over again! 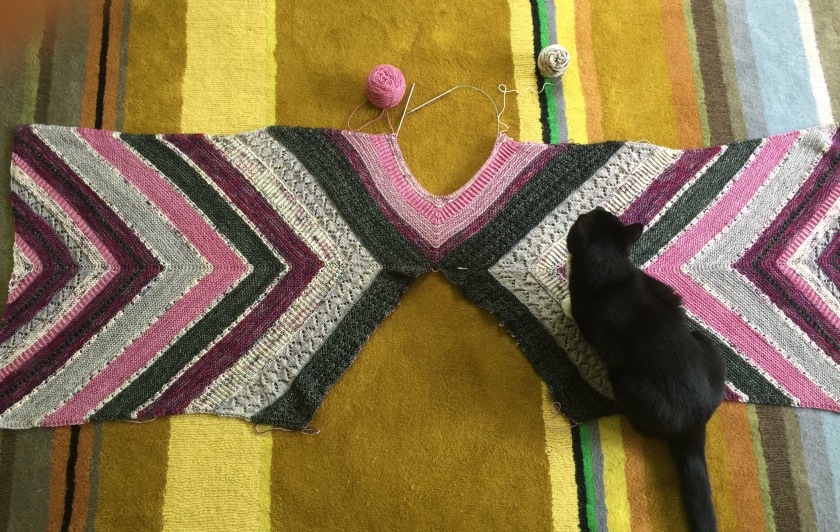 Ashley asked Tara about repeating knitting projects.  Tara has repeated the Quadri Hat by Michelle Wang and the Griffin Vest by Georgie Nicolson three times.  Ashley is usually “one and done” but she has knit the Clover Honey Shawlette by Hannah Six several times.

For their first book review, Ashley and Tara chose the Kids’ Knitting Workshop by Susan B. Anderson.  They chose this book because they greatly admire Susan B. Anderson plus some listeners may be looking for a knitting related activity to do with children this summer.  Both Ashley and Tara found the book to be a great resource for any child who wants to learn to knit! 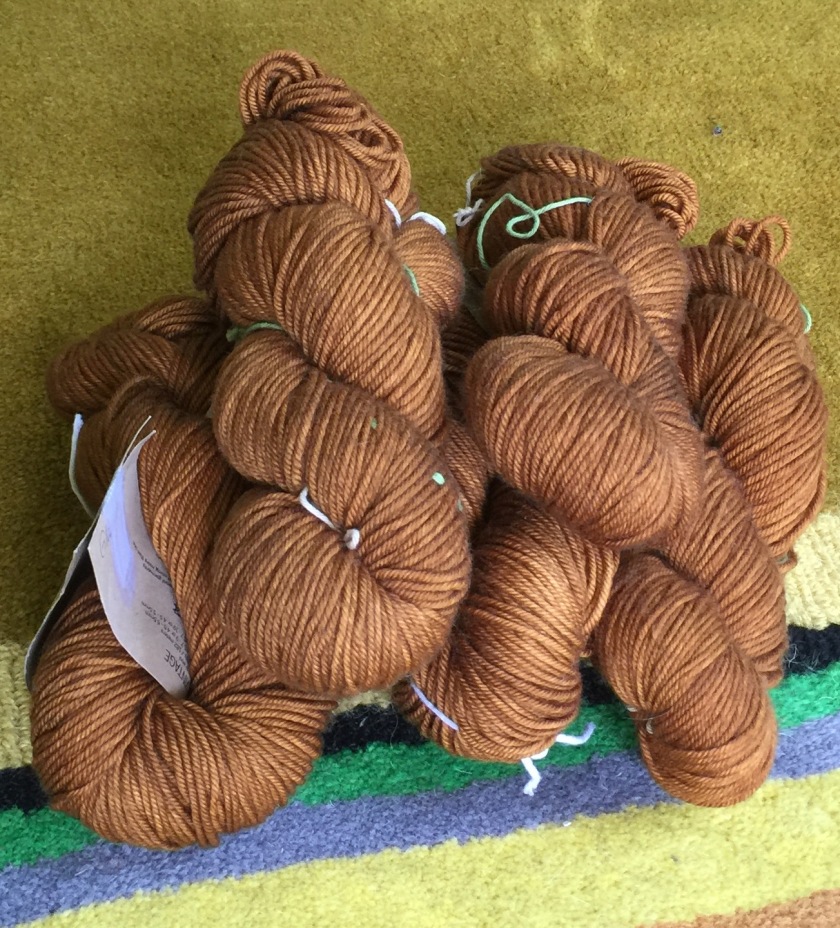 Ashley is having some misadventures with home improvements!  She also feels that her two-handed fair isle needs more practice.

Tara had a second misadventure with Caitlin Hunter’s Ohra Shawl.  It was love at first sight.  She purchased the pattern the day it was released!

Tara and Ashley share a love of knitting, yarn and related misadventures. Between them both, they have enough stash to fill a yarn store, yet they don't have enough! They reside in Baltimore, MD. View all posts by misadventuresinknitting

Hello, We are Tara and Ashley, two friends from Baltimore, MD who are obsessed with knitting, yarn, and making things! We recently started a podcast under the same name, misadventuresinknitting. Thank you for visiting our blog.